0
Onam The Festival of Togetherness
31 August 2020
Next

For a traveller, it is interesting to dive into the different phases of India’s history through their journey. India’s colonial past has left significant impact on different aspects of life. One of the best ways to experience the days gone by is to stay at one of these six hotels that are not only amongst the best luxury hotels in India, but also retain their unique charm. From architecture to the food served, a stay at one of these colonial hotels in India is sure to transport you back in time. 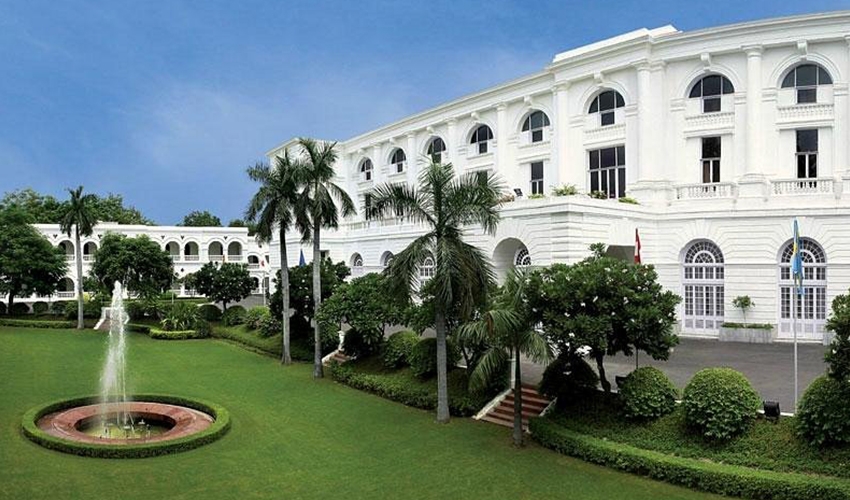 Tucked away, far from the chaos of Delhi stands one of the most magnificent heritage hotels in India. The Maidens Hotel, built in 1903 to host the dignitaries who were attending the Coronation Durbar of King Edward VII and Queen Alexandra as Emperor and Empress of India is a testament to the halcyon days of the British Raj.

The muted elegance of the hotel, its majestic architecture, meticulously manicured gardens, and peacocks strutting about all hark back to grander times. Walking through the wide white corridors of the Maidens, one cannot help but wish to teleport to 1903 when royalty big and small descended here to witness the grand event.

A rumour had begun to circulate in the days leading up to the Durbar that Lord Curzon had found King Solomon’s throne and brought it to India with the help of a Djinn. People accumulated on the day to see him arrive seated on this legendary throne. However, they were left disappointed when he arrived on the back of Lakshman Prasad, the then tallest elephant in India. 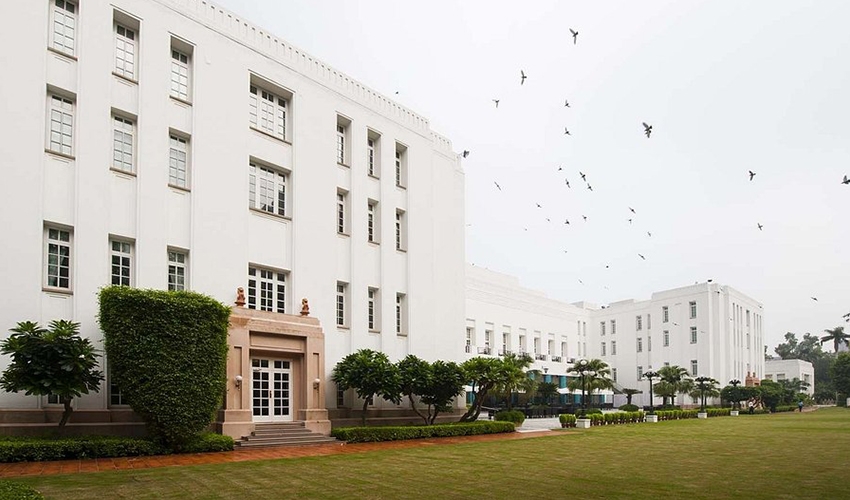 Situated in the heart of Delhi, but discreetly hidden away from prying eyes, The Imperial is another fine example of colonial hotels in India. Blomfield, an associate of Sir Edwin Lutyens, conceptualised this iconic hotel and Lord Willingdon, the then Viceroy and Governor-General of India, inaugurated it in 1936.

The moment you step through its gates, you enter a tranquil cocoon. Stately royal palms, planted by Lady Willingdon herself, line the driveway to the porch where liveried attendants stand smiling to welcome you into the art-lined lobby. The hotel is a delight for art-lovers who can spot original Daniells and Frasers.

Exquisite Burma teak furniture, Italian marble floors, tableware brought all the way from London, and silver tea service will take you back to the glory days of the Raj. Every corner of the hotel has some significant memento such as a mirror gifted by King George V and Queen Mary adorning the 1911 Bar Atrium. 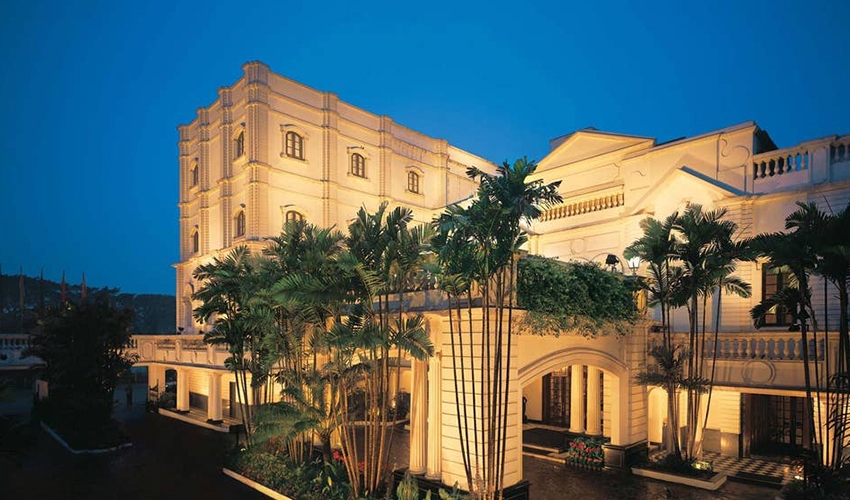 Kolkata is dotted with colonial buildings that the British carefully designed to emulate their beloved homeland.

One such iconic building is The Oberoi Grand, Kolkata standing proudly for over a century. The Grande Dame of Chowringhee has become a part of the city’s soul, evokes pangs of nostalgia at every turn, and retains her spot as one of the best luxury hotels in India.

Within its walls, you are completely cut off from the cacophony of a city rushing by outside. The extravagant neoclassical architecture of the hotel, cloistered spaces, cool marble corridors all remind one of the illustrious days of luxury and decadence. The Oberoi Grand was renowned for its lavish New Year parties during colonial times where the who’s who of Calcutta society would hobnob. 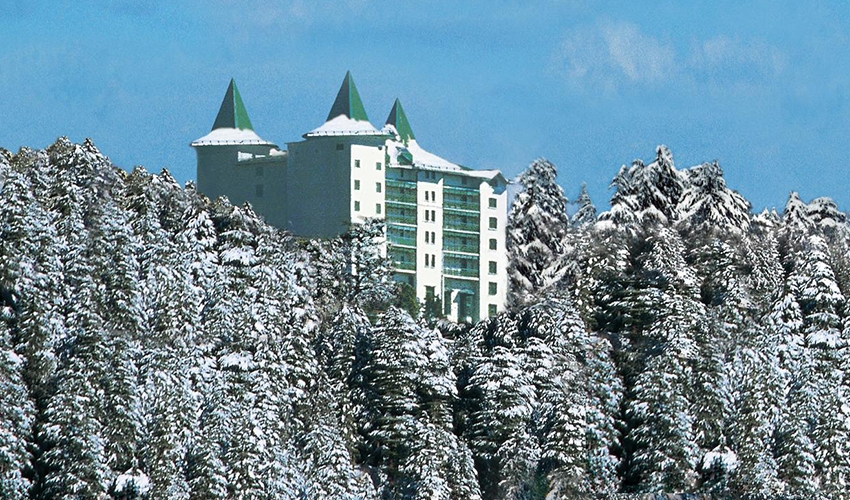 The Oberoi Cecil has continued to be one of the most luxurious hotels in Shimla since hoteliers Mr and Mrs Hotz took over a one-storeyed Tendrils Estate and turned it into “the finest hotel in the East.”

The hotel changed hands when the Hotzs sold it to Arthur Henry Pook and John Faletti. The duo built the core of the modern structure. In 1916, the hotel transferred to the newly formed Associated Hotels of India Company and it became “Faletti’s Cecil Hotel.”

The hotel again changed ownership when the Late Rai Bahadur Mohan Singh Oberoi began his career in hospitality from this property. The luxuriant wooden floors, inviting fireplaces, and breathtaking views have made this hotel retain its popularity even after more than a century and a benchmark in standard among other heritage hotels in India. 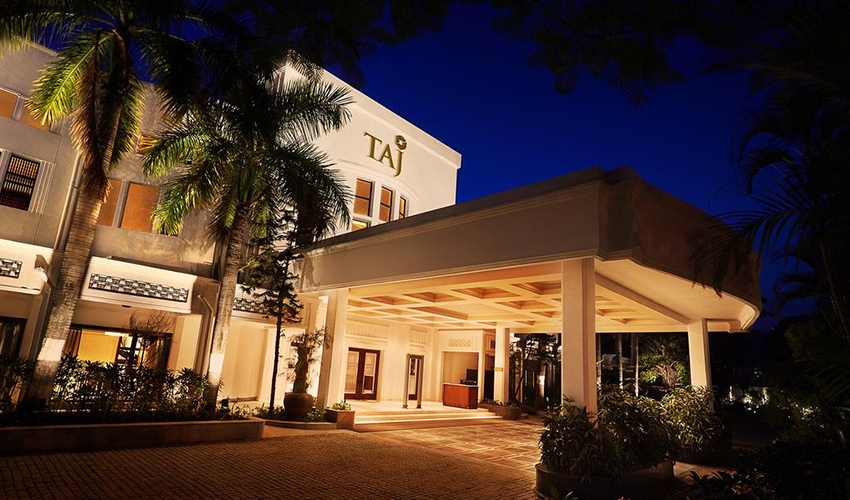 If juicy historical gossip and interesting anecdotes is your cup of tea, then Taj Connemara is the perfect place for you. Once the favoured haunt of the royalty and rich and famous of Madras, the hotel was renowned for its high-society parties and lavish balls during its time under Spencer & Co in the 1930s.

When the Taj Group leased it in 1974, they retained much of its old liveliness and essence. It was once an integral part of Chennai’s cultural nucleus and reverberates with stories that are both moving as well as scandalous. Over a century old, the Connemara is also amongst the oldest colonial hotels in India.

Listen closely, as the halls lined with sepia-tinted photographs from the Raj whisper their secrets. The distinct classic colonial design blends seamlessly with the Indian accents and creates a pleasant fusion of the Orient and Occident. 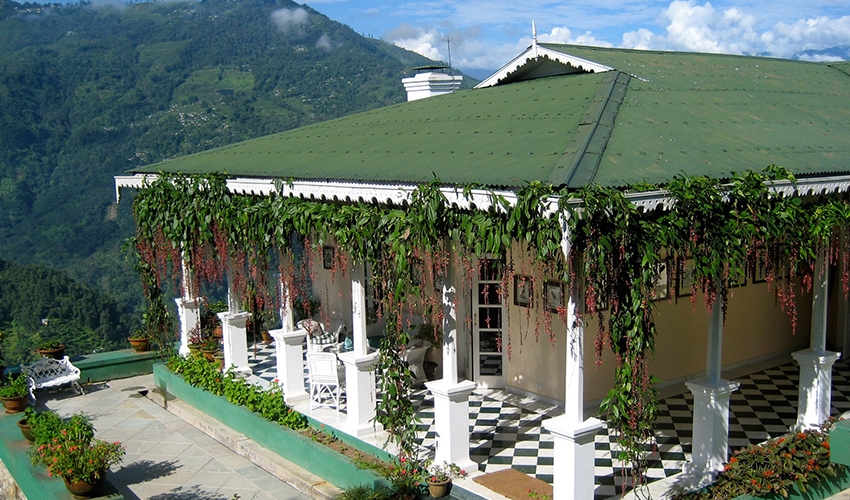 Glenburn Tea Estate, started in 1859 by a Scottish company is one of the best places to experience the quintessential colonial plantation life.

The 1000-acre private property now belongs to the Prakashes, a tea family from Calcutta and one of the pioneers in the field. The Prakashes have painstakingly worked for years to make Glenburn one of the best luxury hotels in India. From the beautiful handpicked interiors, gabled roofs, picket fences, and lush tea gardens surrounding the property, you feel like you are in a colonial novel.

Though modern comforts are always at hand, one need only close their eyes and imagine how the place must have been when the jolly old Scots ran it!

Colonial hotels in India give one the chance to experience what life must have been like during the Raj. The sepia-tinted romance and nostalgia attached to these places, stories, and food all provide a glimpse into an interesting phase of India’s past.